Testosterone is a hormone produced by all human beings, regardless of sex, whose main function is to regulate the development of tissues and organs of reproduction. In the male, it is produced by the testicles and in the female by the ovaries.

Due to its functions, testosterone has a deep and fundamental relationship with the sex drive and the production of gametes, the cells that constitute the fundamental blocks of human reproduction.

However, the amount of hormone produced by men is significantly higher than what the ovaries produce in women. This is why the presence of this hormone has always been related to masculinity and the relevant male characteristics.

This extra quantity of hormone is responsible for those characteristics that have always defined the appearance and presence of men as opposed to women: greater muscle mass, larger size and density of bones, different way of processing and accumulating tissue fat, occurrence and distribution of body hair, production of red blood cells, noticeable differences in moods.

In short, testosterone levels can give an idea of how well-defined masculinity is in a man.

These testosterone levels can be evaluated in broad strokes by observing the masculine signals in the body, but is it possible for us to read in the face what we need to tell if someone has high levels of the hormone?

THE TESTOSTERONE HUMAN FACE: MIRROR OF THE BODY

The human face is one of the most complex and complete sensory and communication systems in the entire natural world. It is possible to determine health, mood and personality traits simply by looking closely at a person’s face.

4 of our 5 senses are concentrated in the face, so it is like a complex antenna to capture information that the brain then processes, establishing the basis of perception. Despite the concealment and subtlety of this process, its results are reflected in the face with relative ease.

On the other hand, the general state of health can be evaluated by how the face looks, the clarity of the eyes, the skin tone, the presence or lack of premature wrinkles, all are indicators of health.

Then we have the great variety of emotional states that we are able to read on our faces since we are only a few months old.

There is no doubt then that the face is a source of information par excellence and testosterone levels in the body are no exception in this multidimensional mirror.

What are those signs?

The effects of testosterone in men fall into two broad categories: physical and behavioral.

About the physical signals we talked a little bit above, and soon we will define a little more its role as external indicators, but first, we will briefly touch the signals given by the behavior.

Earlier we said that the levels of the hormone affect moods in man, his concentration, his sexual drive, the intensity of activity, the expression of anger and tolerance.

The greater aggressiveness of the male of the species, its greater capacity to take risks, the tendency to show the arrogance of character, the impulsiveness, the proclivity to face the rivals, all are a consequence of the high levels of testosterone in the male.

From the point of view that the face is the window of the soul then we can say that the expressions of behavior can also be observed, giving us an idea of the level of testosterone in the body.

However, it is the physical signals on the face that most solidly tell us how high, or low, the hormone levels are in someone.

INTERESTING TED TALK ABOUT THE HUMAN FACE AND OUR ORIGINS

Let’s review the most important ones.

It is good to note that all these signs must be taken into account in accordance with the general appearance of the man in question. In other words, we could not ensure that someone has high levels of testosterone if we see only one of these traits. In the same way, we can´t say that any man has low levels because he lacks one of these qualities. It is the whole that defines the condition of masculinity in someone, without also forgetting the behavioral and personality traits.

As we have seen, testosterone is a hormone quite “visible” to the extent that its effects, both physical and behavioral, can be easily appreciated. We can´t say the same about the rest of them. In this sense, it is completely feasible that the face, once again, shows us the internal condition of the man, including how masculine and virile he is.

Can a woman RAISE a Man’s Testosterone?

How MUCH Testosterone does “The Mountain” Game of Thrones actor have?

One thought on “How can you recognize a HIGH Testosterone face?” 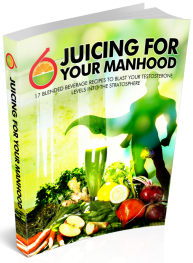